OptiSource has developed another first-of-its-kind solution that removes dried polish from job trays, and restores them to like-new condition. Cleaning caked-up polish from job trays is a near-impossible task. Alternatives such as tray inserts, industrial washing machines, or replacing dirty job trays have been the only available options. With OptiSource’s new formula, the lifetime of a job tray is extended and the problem of scratching lenses from built-up polish is finally eliminated.  The new Job Tray Cleaner works instantly by using a simple spread-on and wipe-off process, and is good for both traditional and robotic-style job trays. 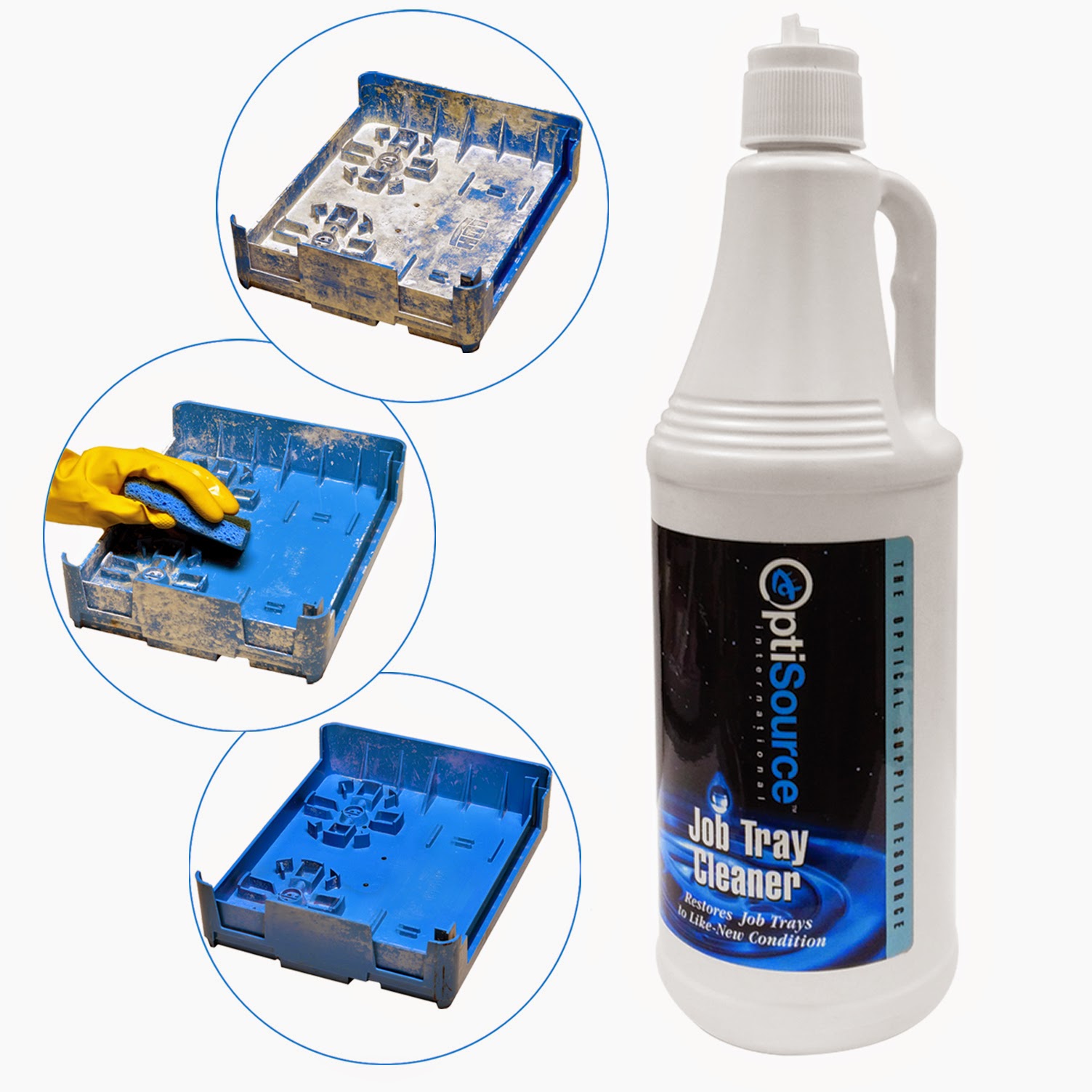 “Scratched lenses are a prolific pain-point for any surfacing customer”, states Daryl Squicciarini, president of OptiSource. “Our Job Tray Cleaner eliminates one more variable contributing to scratched lens remakes.” The new formula has been specially developed not only to remove dried polish from job trays, but also from any other polish-laden surface, making it a must-have for all labs.
Posted by OptiSource at 10:33 AM